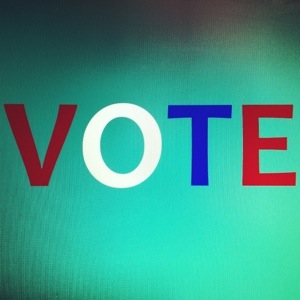 You may be pretty or plain, heavy or thin, gay or straight, poor or rich. But nobody has more votes than you. All human beings are more equal to each other than they are unequal. And voting is the great equalizer. It is important. It is imperative. There is no time for complacency.”
– Maya Angelou, Winston-Salem Journal

I registered to vote the day I turned eighteen years old. It was 1989, and I was full of ideals and passionate optimism. I believed in my country. I believed in personal freedom. I believed everyone living in America had the same opportunities. I was naïve beyond belief, thinking, as many eighteen year olds do, that everything I needed to know I already knew. I was intelligent and free thinking, after all. Wasn’t I?

I was raised in a small town in Eastern Washington where it was commonplace to see more than one pickup truck on any given day outside the Feed and Seed with a gun rack and a “protected by Smith and Wesson” bumper sticker (located just above the mud flap women). My family lived on a gravel cul-de-sac in a house with a wrap around deck that my dad built by hand. From that deck, I could see the Interstate on one side and Idaho on the other. We had a vegetable garden and a freestanding garage in our yard where my dad fixed cars, built everything from furniture to dollhouses, and hung deer during hunting season. We owned a large, hand-built dining room table, but most nights we ate our dinner on TV trays while watching Jeopardy and Wheel of Fortune. I never went without food or fresh water and I always had clean clothes (though I didn’t always wear them…).

I spent countless hours of my childhood running with wild abandon alongside the river that flowed from the Idaho panhandle past my hometown on the way to the Columbia River. I loved nature and I had no fear when I was in it. Well, that’s not true. I was afraid of spiders. And there were plenty of spiders where I grew up, but the men in my life handled them. All in all, I had it pretty good.

I have several memories of being bundled up in the back of my parent’s car to make the ride to the elementary school where my parents disappeared into little booths to cast their ballots. From an early age, I yearned for my chance to take part in this mysterious ritual, and I loved the feel of a community gathering together (I also loved the free cookies and the flag sticker that I got from being there). I had no idea exactly how my parents voted, but I knew that they took this responsibility seriously, and that I was being primed to follow in their footsteps.

It was a no-brainer that I would register to vote the day I turned eighteen, even though the first Presidential Election I would participate in wouldn’t happen for another three years. I was now an official adult. I had my own car, my own job, and I was now a card carrying registered voter. Could I be more mature?

The first Presidential Election that I had the fortune to be involved in was in 1992. It was strange and exciting times. I was living in the big city of Seattle when more than half the residents were wearing ripped jeans and flannel. “Grunge” had become a style and a descriptor for a certain type of music. I was living in a rundown apartment that had wood floors that slanted from age and where more than one appliance turned on at a time blew a circuit. I worked in the circulation department at the local newspaper and I was hanging out with people who talked politics over coffee. My over-caffeinated head was spinning with enthusiastic idealism.

At the time, Bill Clinton was running against George H.W. Bush, and people were thinking about presidential candidates in different ways. Bill had proven that a candidate could be “cool” and could discuss his underwear preference on MTV. He talked easily with young adults as a valid audience and he spoke in a way that didn’t immediately turn off blue collar workers. In fact, blue collar workers seemed as smitten as I did (that is if they weren’t smitten with Ross Perot). President Bush (Sr.) seemed sweet and grandfatherly, but he wasn’t as exciting, different, or charming in the ways Clinton or even Perot were.

I was about to cast my first ballot in an election that mattered, and I was filled with pride and what I can only describe as a feeling of superiority. I knew best what this country needed, and I judged anyone who thought differently than I did. It was an “us” against “them” thing. My thought was that if you didn’t vote the same way I did, you were ignorant, uninformed and wrong. Or you just didn’t care. About anything.

present day (or “The Yoga of Politics”)

There have been several elections since my first, and my passionate belief in the process has never waned. I believe in democracy and I love that I have the freedom to participate in it. What has happened in the many years since my first election, however, is that I care less about how people vote (of course I wish they would agree with my choices..) and more about the importance that people contribute to the process by voting. I would go so far as to say that I think voting is not only a right, but a duty. And here’s why I think that:

If you care about your personal rights, your family, your community, your country, and the world (or even just one of those), you will vote. Voting is staking a claim in the future and participating in community. It’s giving a damn about something larger than yourself. And that’s pretty cool.

As a yogi, I view voting as just one more act where I get to live my yoga. Yoga doesn’t begin or end on the mat. It’s being in the world in a way that speaks to my values as a human being who is connected to all other human beings. It’s living intentionally and committing to action and service.

I know that there are a lot of people I care deeply for who have different values and beliefs than I do and who are voting differently than I am. What I can say is that I am voting from my own values and from my heart. I’ve been a bleeding heart liberal for as long as I can remember (which is shocking, given my upbringing), and no amount of yoga is going to change that. But yoga has softened my need to change anyone but myself. The fact that I am voting for Obama does not take away my ability to love my more conservative friends and family. In fact, yoga has helped to soften my reactions to dissidence and to respond in a less defensive and more open way (more proof that balance can happen off the mat, too).

If you’re an American citizen and you’ve already mailed in your ballot, I thank you. If you are waiting to mail it in, I encourage you to do that as soon as you can, because you never know what might happen, and isn’t it nicer to take the time to be thoughtful about it? Turn on some nice music, light candles, burn incense, pour a glass of wine or green juice- do whatever it takes to get in the mood. Think about the people you love and who love you. Think about your community. Think about your country and your planet. And when you’re done, you can walk a little taller knowing that you participated in an important civic duty. I bow to you.

And to those of you waiting to go to the polls, I hope all goes well for you. I hope the lines are short and the cookies plentiful. I hope someone smiles at you on the way in and shakes your hand on your way out. I bow to you, too. Thank you for taking part in this very important act. You matter. 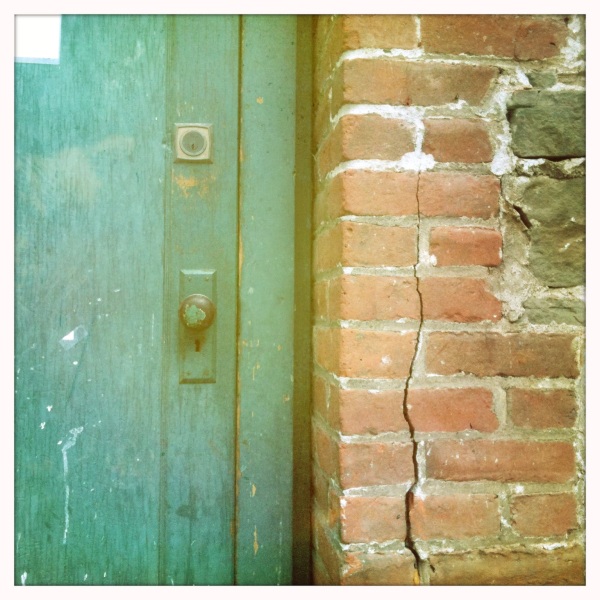 Yesterday I rode my bicycle to work differently than I had in a long time. I stepped through my front door with the intention of truly experiencing my ride; to notice the details through all of my senses. Instead of rushing through the process in an attempt to break my all time record of 35 minutes, I made my ride my morning meditation. I focused on my breath, the sounds around me, the feel of the air on my skin, and the small details that I miss when I’m looking straight ahead.

It helped that it was a gorgeous spring morning in Seattle, and everything had the extra appearance of sparkle. The birds seemed drunk on sunshine and the few people who I saw on my journey had smiles on their faces. Even the bits of trash that littered the sides of the pathway and the graffiti under the bridge looked as if they belonged (maybe that’s a bit much, but I was meditating).

By slowing down and engaging in the world around me, I experienced a shift from peaceful to joy to connection. I realized that I am not separate from the sea birds I pass on the ship canal or the couple kissing in the early morning sun or even the homeless man asleep on the bench under a tarp. Not that I am these people or animals, but that I am connected in a worldly sense. And I had peace around that.

Maybe this was a continuation of my attempt to cultivate bicycle santosha, and maybe it was a temporary sunshine high, but it felt amazing. And it felt like a doorway opened to a new experience. My ride was inspired in a way it hasn’t been for a long time, and I was seeing the world with new eyes. The experience felt less like contentment and more like devotion- to what or who, I can’t say. Maybe to God, maybe to Universe, and maybe to the people, animals, and things I witnessed on the path. It was Bhakti bicycling. And it was pure bicycle bliss.

Yesterday I sat down
with water colours and drawing pencil
for the first time
in a long time.

O how my hands shook
and I really had doubt
if I could do it again.

When I had both eyes
20/20 vision
in my casual arrogance
I took one look
sure that I saw everything.

Now that I have only one eye
I always take a second look
and see with humility.

Slowly the hand steadied
once again
the creative process began

And I saw the whole universe
inside the pink lilies
saw beauty like I’ve never seen before.

This is a space where I began documenting my experience with cancer. Now I write more about life- my love of beauty, bicycles, yoga, and humor with a spiritual twist. Still finding out who I am, and this is just a glimpse into my pilgrimage in the world.